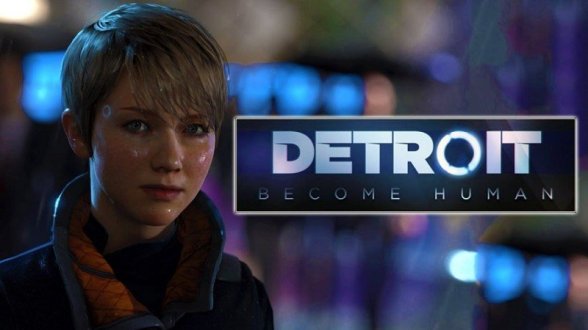 Anyone who’s followed me for the last few months knows that I was anxiously awaiting this game. My wife and I demoed it at PAX East, and we were excited to finally get our hands on a copy.

So where did this all start for me? Well… actually when I was following what was going on with hilariously comical #FreedomForTay movement, someone posted this video and likened it to what was happening to Microsoft’s Tay AI. (Read more here.)

This trailer was incredibly well done, despite only being PS3 level graphics. You legitimately felt for Kara here to the point of almost having tears in your eyes. I was immediately hooked and started looking more into what this was about. I found out that it was a very early trailer for Detroit Become Human and I wanted to know more.

Well… the more I found out, the more interested I became and I really started getting into it when this extremely controversial trailer came out:

You really got to hand it to the PR people on this one. They really know how to get you hooked.

So for months and months I waited. Until finally last week… that glorious day happened! Detroit Become Human came out and my reserved copy was ready to be picked up!

I immediately ran out and grabbed my copy. I popped it into our PS4 and my wife and I began the game.

The opening scene deals with Connor, a special ‘prototype’ android that has been issued to the police department. His job is to talk down another android that has apparently gone insane, killed its master, and taken the daughter hostage. This was the demo we played at PAX. Well… we knew how our decisions went last time (not so well) and we wanted to try for a better outcome, so we made a few different decisions, sure enough… something totally different happened.

That’s how this whole game works. Detroit Become Human is more of an interactive movie than an actual game… and when I say interactive… I mean you really can’t be much more immersive than the game is. Even the title screen interacts with you by giving you your own virtual android to assist you with getting started… for a while anyway.

However, I’m getting ahead of myself…

The game takes place in Detroit (obviously) of the Future, 2038 to be exact. There, people are out of work, neighborhoods are crumbling, drugs are rampant, and automation is replacing skilled and unskilled labor.

… in other words, Detroit hasn’t really changed at all in twenty years.

Sorry… back on topic. The story revolves around three androids:

Markus: A caretaker for artist facing the end of his days.

Kara: Another caretaker, this time for a child, Alice, and her drug addict, out of work, father.

Connor: A by-the-book police android who’s thrown in with a broken down cop who’s more often found at the bottom of a bottle of booze than actually in his office.

The story revolves around the evolution of the three characters and the choices they make. What happens to each character lands solely in your lap. If one or more character dies, the game does not end. The story simply continues without that character.

I really don’t want to give too much away, but I really preferred Kara’s story above all the others. Her struggle with keeping young Alice alive and happy while coming to terms with her own identity and finding her place was profound.

Markus’ story I found somewhat predictable. He’s an android who worked for an ‘enlightened’ artist who encouraged the android to cut his own path. Markus then, through a series of events that are not of his own making, becomes the leader of a revolution. After a few bad decisions, I didn’t like where this character was going and sought to kill him off… that might have been a mistake… It turns out, he’s a fairly integral part of the struggle for civil rights and losing him… has repercussions that are felt pretty strongly by the end of the game.

Connor… I’m not going to lie, I do love this one. If you like Lethal Weapon, his interactions with the other cop are pretty enjoyable. It’s a pretty standard buddy cop story, but it’s fun in its own way.

As I said, the story revolves around these three characters and the decisions you make will affect the lives of everyone around. One thing I will say about this game is that it get’s unexpectedly dark… I mean really dark. Murder, sexual assault, drug use, child abuse, domestic violence, and even genocide, are all potential themes in your story. Not all of them are avoidable. That is not a criticism, by the way, if you’re going to go dark, you should go all the way and this game very vividly shows the ramification of such themes.

So is this game everything I was hoping it would be?

Yes. The replay value is through the roof, it’s not an action game where you go around shooting and killing people. You’re essentially watching a movie when options come up on the screen, and allow you to choose what decision a character makes.

Well… when I say the game is immersive, I MEAN IT’S IMMERSIVE! You’re going to spend early parts of the game cleaning house, making dinner, doing laundry, and pushing an old man’s wheelchair. It’s definitely slow-moving at first and will lose some audience members with a shorter attention span.

Other than that, I was a little disappointed in how little the stories appear to interact… at least on my first playthrough. The most interaction I saw between Connor and Kara was when Connor looked oddly at Alice from across a room and when he Connor chased them across a street.

I expected their stories to be a little more intertwined, and maybe they are, but my first story was a fairly dark one that ended with android genocide and only Kara getting away unscathed.

So what’s my final judgment?

Detroit Become Human is awesome. The graphics are great, it’s got a great cast! The music is wonderful, the character development is excellent, and though initially slow-moving, the game’s storyline sucks you in and really makes you want to see what comes next.

Do you have a question about writing, publishing, my stories, etc? Please feel free to post a comment or email me.

I’ll use those comments to select my next blog post.

I have been writing for several years, have 4 published works, experience with publishing and independent work, so I can hopefully be of assistance.

Please note, I only do one of these a day and will do my best to respond to everyone, but it may take some time.

Also, feel free to check out my works of Fantasy and Historical Fiction, Available on Amazon and where ever books are sold. See the link below:

Note:
If you have read my books, PLEASE log into Amazon and post a review. I really love to hear everyone’s thoughts and constructive criticisms. Reviews help get my book attention and word of mouth is everything in this business!

Catch you on the flip side!