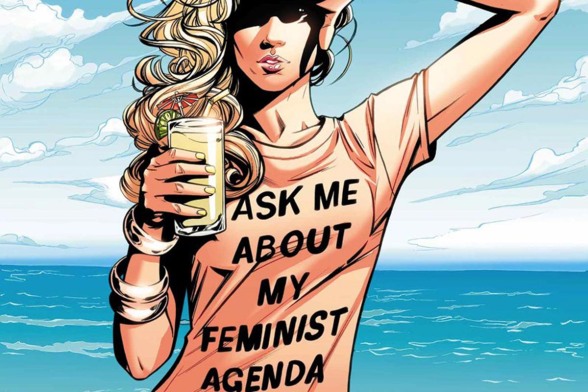 There has been a lot of talk lately about how diversity is killing good writing… or perhaps more accurately, studios and companies have been accused of using diversity as a stand in for good writing.

I honestly had no idea the two were mutually exclusive.

There is truth to the idea that many creators out there have been producing complete garbage, but seem to think that they still deserve credit because their cast of characters is diverse…

In fact, Richard Roeper touched on this in his reaction from the Ghostbuster’s backlash:

So the question is, does intentionally creating a diverse cast mean that your writing is going to suffer or can it be used as a cover for poor writing?

Well first of all, let’s touch on what ‘diversity’ actually is;

Note the second definition. ‘A rage of different things.’  So taking that definition, a diverse cast (in terms of race/gender identity) would be a cast that has more than one gender AND more than one race.

So let’s take the fore-mention Ghostbusters movie. Is this a diverse cast? 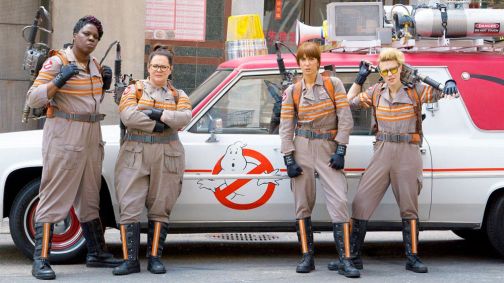 In terms of race, yes. However in terms of gender, no. So because this really only meets one of the criteria, I’m going to say no. This cast is as diverse as the original; 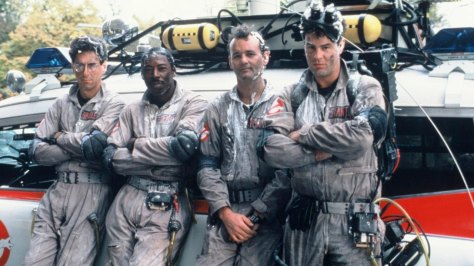 To be honest, I think a lot of people today would say that the 1984 team isn’t diverse, so I’m going to hold them to their own standards here.

So if neither of these teams is truly diverse, then what is? 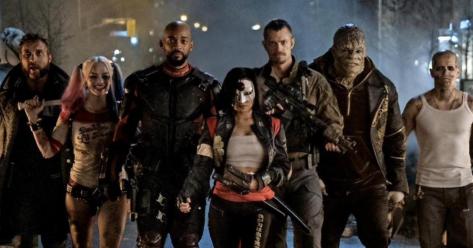 That is a diverse cast. Both genders are represented, as are multiple races. This actually meets the criteria perfectly.

So there you have it. A diverse cast is a cast where both genders and multiples races are represented. So now that we know what diversity is, let’s explore the questions. Does diversity kill good writing? Is diversity a good excuse for bad writing?

There was considerably backlash over this statement, leading Gabriel to issue a correction:
“Discussed candidly by some of the retailers at the summit, we heard that some were not happy with the false abandonment of the core Marvel heroes and, contrary to what some said about characters “not working,” the sticking factor and popularity for a majority of these new titles and characters like Squirrel Girl, Ms. Marvel, The Mighty Thor, Spider-Gwen, Miles Morales, and Moon Girl, continue to prove that our fans and retailers ARE excited about these new heroes. And let me be clear, our new heroes are not going anywhere! We are proud and excited to keep introducing unique characters that reflect new voices and new experiences into the Marvel Universe and pair them with our iconic heroes.”

So at this point, the answer to the question should be an obvious ‘no!’

It should be… but it isn’t.

So why is that? Why do many people out there roll their eyes and shun new works when the creators announce that the main characters are going to be either female or a different race.

In some cases, yes, but not as many as you might think. A lot of the time people adopt this attitude because of what Marvel and Sony, among others have done. We’ve already explored Sony’s debacle with Ghostbusters, so lets take a look at Marvel.

A lot of their classic characters are having their identities/sexual orientations changed, or are being replaced completely with little to no explanation other than ‘alternate universe, we can do whatever we want.’

While that’s true, it’s become a bit of a cliche and honestly if you don’t even bother addressing HOW the universe altered from the original, you’re going to turn readers off very quickly. It’s not asking too much for the writers to retcon how we got Spider Gwen, Miles Morales, Nick (Shaft) Fury, etc. That’s not objecting to diversity, its objecting to long-established characters suddenly being changed with little in the way of explanation. However Marvel apparently doesn’t see a difference.

“Others, however, argued that the focus on identity came at the expense of the story.”

Now here’s where we get into trouble. Diversity of the cast isn’t the problem, its when the story focuses on their superficial traits that we run into issues.

Let’s put it this way for a moment, you have two books. The first one offers you a cast that is diverse. Let’s say for the sake of argument that it’s an even cast of men and women (2 of each) and a transgender. Let’s also say that the cast includes a white person, an African American character, an Asian character, and a Latino character. Now maybe a character has an accent or something culturally quirky they do in the story, that’s fine. However other than that, race, gender, ethnicity isn’t raised except in the initial description, and any time the character’s physical traits come up. They’re treated as equals, their differences are non-issues, and the story is able to progress as it should. Any political views of the author are written into the story through metaphor and situational circumstances. If alternate viewpoints are addressed, they are done so respectfully, perhaps with a side character that eloquently explains his point of view.

Now, let’s take a look at another book. This book has that same diverse cast, however in this book, the characters’ identities and races are constantly being brought up. The political beliefs of the author surrounding their identities is constantly being brought into the story to the point where it’s almost completely brought to a halt. The author then goes on to berate any viewpoint that disagrees with theirs, often by making the main villain a sort of insulting caricature of their detractors.

In my opinion, the first one. The second one fails on several levels. First, people don’t like being preached at. I’ve covered this in a previous post. No one is going to read your book/watch your movie if you bad mouth them for their beliefs, or resort to childish name-calling. Something the cast of Ghostbusters did on countless occasions and even mentioned in the movie when they took a swipe at the online community.

Perhaps the most glaring issue with this is that the characters in the second story aren’t characters at all. They’re archetypes for characters. They’re cardboard cutouts of characters that are often either mildly stereotypical… or blatantly racist as we see in several crticisms of America Chavez that were captured by The Wire:

“The dialogue was terrible, the Spanglish was racist (at best), the plot jumped around between various irrelevant points with little connection, the political commentary was a subtle as a sledgehammer, and there wasn’t a single character with any sort of development (other than “random girlfriend whom the reader never gave a reason to care about broke up with the protagonist, in what might be one of the least realistic exchanges of dialogue ever written”).

The author is apparently hoping that “MINORITY LESBIAN YASSSS!!” will be enough to cover up for her complete inability to write either characters or plot lines, but this comic is so completely terrible in every aspect that I doubt she’ll get away with calling everyone who points out its plethora of flaws “racist/homophobic”.”

This is a trend that we see, not only in Marvel comics, but in traditional writing, and in movies. The writer is trying so desperately to push an agenda and be inclusive that they actually wind up doing exactly the opposite; creating resentment, anger, and offense.

Diversity has a place in good writing and it always will. The gender/race of a character should never be a tell-tale as to whether or not a story will be good. As long as the characters are treated equally, not having their superficial traits focused on at the expense of the story, then it should be fine.

But Jim, politics has ALWAYS been a part of fictional/fantasy mediums, what’s so different about it here?

That’s true, politics and social issues have and always been apart of fiction/fantasy, and that goes straight to my point. Stan Lee wrote about things like segregation, the holocaust, racism, and several other themes too. However he did it in a very clever way; he didn’t even really bring it up. He told his story, showed his characters being segregated, murdered, and abused, but at the same time, he explored the arguments of the other side as well. He didn’t paint them as straight villains. In many cases, you could actually empathize with the villains as much as you could the heroes.

So then how does one write a diverse cast without falling into these traps?

The way I see it, there are three ways;

When you write, focus on the character’s personality, their traits, and their abilities, not their skin color or gender. Focus on what really matters; the heart of the character. Your minority characters deserve the same treatment as your other characters. Continuously showing and pointing out what makes them different isn’t the way to bridge any gaps. Showing how they’re the same and how they can easily get along with others, their own issues not withstanding, will draw your readers in.

“What you are isn’t nearly as important as who you are.”
-General Xaphan.

Anyway, sorry for the lengthy ramble, but this was a trend that I wanted to speak about for a long time. Do you have a different view? Is there a different way of going about it that I missed? Am I way off on my opinion? I’d love to hear from you. Let me know in the comments!

Do you have a question about writing, publishing, my stories, etc? Please feel free to post a comment or email me.

I’ll use those comments to select my next blog post.

I have been writing for several years, have 4 published works, experience with publishing and independent work, so I can hopefully be of assistance.

Please note, I only do one of these a day and will do my best to respond to everyone, but it may take some time.

Also, feel free to check out my works of Fantasy and Historical Fiction, Available on Amazon and where ever books are sold. See the link below:

Catch you on the flip side!

9 thoughts on “Diversity and Good Writing”